25 November 2019 Secrets revealed about the performance of visual merchandising 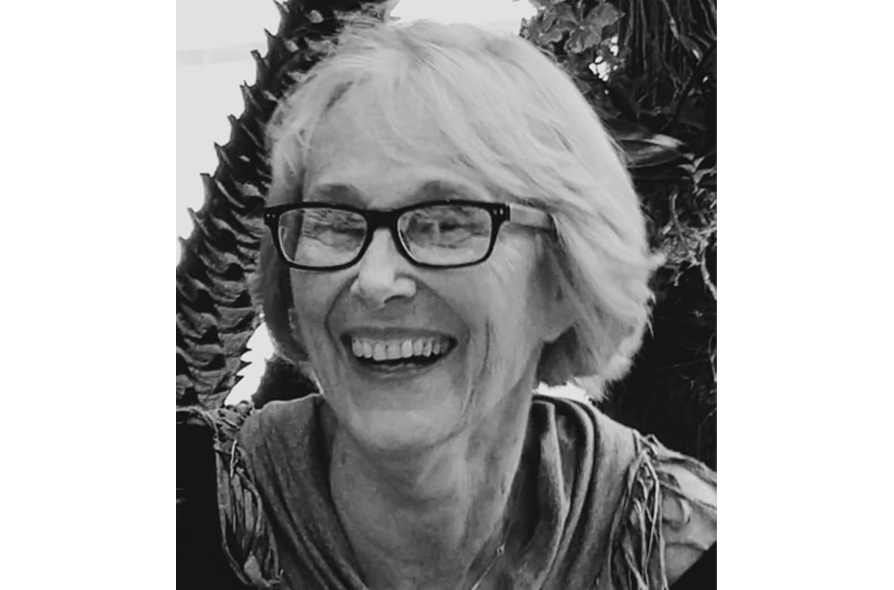 If you think that the window display is responsible for capturing the audience into the store, it is time to review your concepts. A strategic window display communicates much more than the simple invitation to the universe of the brand. It must be aligned with all the brand’s DNA, talk directly with the current campaign, and mainly talk directly with its target audience.

In order to better understand what are the challenges assumed by visual merchandisers (VM) and window display designers in the conception of this attractive space, we invite for a super enriching chat one of the main references in Brazil and in the world of window display composition, Sylvia Demetresco. To give you an idea, Sylvia has a spectacular resume that includes years of dedication as a VM in companies like Rolex watches. She is the author of 13 books on window displays and uses all her knowledge in projects around the world.

Lorí Crízel – How have brands been working on the design of their projects?

Sylvia Demetresco – In the DNA of the brand there is already a project of what will be done. When the brand calls for the visual merchandiser (VM), be it aimed at fashion, cars, accessories, it will communicate the following: which product it sells, which audience it wants to impact, and it puts us in direct contact with those responsible for its marketing. From then on it is shown how the advertising will be, the campaign behind this product and what is expected from the disposition of this product in the store. I say this in relation to large companies that I have served. In Brazil, the agency is not always in direct contact with the professionals who will work inside the stores. But abroad, this communication takes place in a much more correct way.

In the large European companies I have worked for, marketing has always been directly linked to actions designed for stores. In these meetings, the dialogue took place in the following sense. Marketing presents its annual product launch planning, explains the story behind each of these products, related colors, expectations regarding the marketing of that product and who the target audience is. From then on, the visual merchandiser outlines his or her project. This synergy between marketing, architecture, and visual merchandiser offers the necessary subsidies so that the language translated in the store is in line with the campaign that will run through the various communication vehicles around the world.

Lorí Crízel – Can you give us a step-by-step example of this creative process?

Sylvia Demetresco – Let us imagine the following situation. A cosmetic company calls for a visual merchandiser to launch a cream that has coffee in its composition. What are the insights that will be passed on to the VM so that he builds a visual language to be applied in the store? Where the coffee comes from, if this product is natural, what types of audiences they want to impact, how to make this audience want to have an experience with the product. In other words, we are nourished with a wide analysis on the conception of this product, so that we can translate the history of this product into something that draws attention in the store, that captures the attention of my audience.

Lorí Crízel – When the VM starts to conceive the design of a showcase, does the brand already give the direction of the message it wants to transmit to its audience?

Sylvia Demetresco – The big brands already define exactly what they expect this window display to awaken in their audience. If we are going to use the example given for coffee-based cream, the brand can tell me the following: we want the window display to invite the public to come in for coffee. It is from this interaction with the sales team that the product and all its benefits will be explained to the public. We have to understand that by bringing the customer into the store, we are arousing the desire to purchase the product. The idea of the brands is to turn the store into a place of experience, where the purchase is consolidated in stages.

Lorí Crízel – How are these brands working outside the scope of stores to consolidate themselves in the imagination of their audience?

Sylvia Demetresco – Let us work on another example of a watch brand being a sponsor for a classical music event. Why does this brand choose to sponsor a music event if it does not even produce musical instruments? Because both the musicians and the audience they are going to honor are part of a qualified audience, people of more refined tastes, capable of recognizing their attributes in that watch brand. Another value attributed directly to the brand when sponsoring such an event concerns its choices. Sponsoring a musical event gives it an attribute of a company concerned with the dissemination of culture and this increases the value that this select public gives to this brand. Therefore, when having to choose which watch to buy, that brand appears as the first option because it places itself as valuable within the spectrum of interest of this target audience.

Lorí Crízel – How does VM handle situations where the brand segments its audience depending on the campaign it is running? For example, at one point do I want to reach such an audience, at another time does my focus change?

Sylvia Demetresco – Let us think about a perfume brand. When we think about the composition of this window display, it is focused on a certain audience. However, we often have to address external factors that affect the campaign. For example, holding a sporting event of great appeal like the Olympics can be an opportunity to work on this window display for perfume with sports elements as a hook. So, even though in essence the perfume is aimed at a wider audience, at that moment, due to the appeal generated by the sporting event, we can explore the interest in the competition to be able to capture the attention of athletes and sports enthusiasts. Almost as if we took a ride on the most interesting subjects of the moment to take ownership of this focus and bring the customer into the store.

Lorí Crízel – Which attributes does the window display designer use to capture the public’s attention?

Sylvia Demetresco – When having contact with the briefing given by the marketing team and the product differentials, I must think how to reproduce the dream of consuming this product on the window display. The window display designer basically captures the elements that are passed onto him in an almost playful way of attracting the customer’s attention. When we make a window display, we are turning words into sensations. In order to do so, we can work with something more institutional, refer to some sensations linked to the product, such as freedom, freshness, warmth, sophistication.

Lorí Crízel – Could you exemplify how this worked in any of your works?

Sylvia Demetresco – I worked on a car launch campaign where we proposed to convey what it felt like to be in that car, without putting the customer in the car. The idea was to bring the customer into the store so that he could touch and feel the textures of the car’s components to realize how nice each item was. We worked in partnership with a fashion professional. She used the textures of fabrics, coverings, materials used to make the handle, and so on. These elements were made available by the store so that the customer could feel, through touch, the sensations of being in contact with the car’s components, without having to get inside the car. Thus, you work on consumer tactile sensations. This shows how the visual merchandiser works in a wide way and employs other knowledge to promote the experience in creative ways that run away from common sense.

Lorí Crízel – We know that the window display is the great attraction to bring the public into the store. What techniques can we use to get the attention of the public?

Sylvia Demetresco – Research shows that people look at a window display for a mere seven seconds. Those who look longer than that are the store owner and the window display designer. So, we have to have the common sense not to overload it with information. There must be focal points, well-balanced resting points. It is also important to know that the scanning of the eyes is done from top to bottom, to know how to prioritize how to expose the products. It is also important to know how to make compositions of similar products. That is, a store of sporting goods can bring in some accessories to compose the scenography and help to convey the message. Another example, if you are going to present a designer shoe, you can use some scenic element like a chandelier to create the public’s identification regarding the representativeness of that shoe. People need to create identification with that product as they see elements that are part of their world represented in the window display as well, or the world they want to be part of.

Lorí Crízel – And how does the process of adapting the window display to the marketing campaign take place?

Sylvia Demetresco – The campaign briefing itself signals the path that the window display designer must follow. As a VM, I have to think about how to light up this product, at what height it will be presented, how far it will be placed from people who pass by, how to expose it. For example, when presenting a shoe on the window display, it needs to be at a height of 1.5 meters, with the light focused on it, with a small angle. This is thought for each of the products.

Lorí Crízel – How do you analyze the use of mannequins in window displays?

Sylvia Demetresco – Mannequins must be used with balance. In a 5- to 6-meter window display, three mannequins are needed. More sophisticated stores work with a smaller number of mannequins. The postures have to be ordered in such a way that people understand what is happening. It is possible to work with postures so that these mannequins dialogue with each other. I believe that only for campaigns where you want to make a lot of impact, at very specific moments, then I would recommend bringing a lot of mannequins.

Lorí Crízel – Do you consider that the success of a window display is in capturing that customer into the store?

Sylvia Demetresco holds a doctor’s degree in Communication and Semiotics from PUC/SP, with a postdoctoral degree in Semiotics from the University Institute of France, in Paris. Visual Merchandising teacher at Ecole Supérieure de Visual Merchandising, in Vevey, Switzerland, from 2003 to 2013; editor of the international magazine INSPIRATION, specialized in visual merchandising, in Switzerland from 2002 to 2013 and collaborator since 1980. Professor at the luxury school ISTEC, in Paris from 2004 to 2013. She has worked as a VM director at Rolex Watches for 30 years, from 1972 to 2002. VM at Natura Store Paris from 2005 to 2010. She advises and teaches at several national and international schools and companies, and is the author of 13 books on window displays. Currently a professor at the FAAP VM course and commercial scenography at Belas Artes.