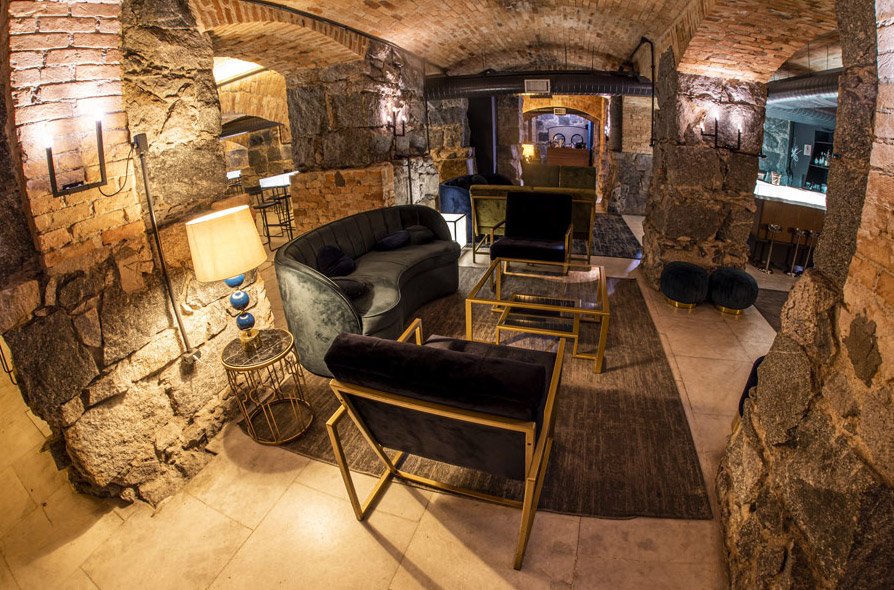 The businessman Facundo Guerra has already been nicknamed “the owner of the nightlife in São Paulo” for his strategic and creative vision when he gave life to bars, nightclubs, and even movie theaters, in places that were previously forgotten, or even underutilized in the capital of São Paulo. Facundo has the gift of looking at such urban spaces and reframing them, presenting new ways of using them, linking them to leisure and culture.

One of his most recent investments focused on an underutilized area of one of São Paulo’s main cultural spots, the basement of the Municipal Theater. About twenty years ago, he visited the Salão dos Arcos – a kind of breathing space for the audience located below the stage. The magnificence of exposed brick arches, ornamented by columns and beams distributed in a similar way to a labyrinth, has attracted his attention since that time.

When learning that the city of São Paulo was organizing a bidding process for the use of the space years later, Facundo signed up with his project, managing to beat 72 other competitors. To adapt a listed space as a historical heritage and transform it into what is now the Bar dos Arcos, Facundo relied on the strategic vision of a long-standing partner, architect Marcos Paulo Caldeira, who brings in his curriculum the authorship of Vegas night clubs, Lions e Yacht; the Cine Jóia; Z-Carniceria and Mirante 9 de Julho, all initiative by the bold businessman.

The adaptation of a bar in a listed place

It is a mistake to think that beating more than 70 competitors was the most challenging part of the process. Working in a place that has been listed is a huge challenge, as there are countless limitations imposed by the Institutes that value the architectural maintenance of such environments, so that they are not disfigured.

“All conception of the bar was created taking as a parameter the limitations that the environment and its listing imposed on us. We were not allowed to put a nail in the wall. Much less working with them as support for the utensils at the bar we were setting up”, recalls the businessman.

The solution found by the experienced architect Marcos Paulo Caldeira came from designing illuminated counters that were made available in order to create a true labyrinth of light. From the design of the balconies, the places to shelter tables and chairs emerged, arranged in order to meet the outlines provided by the presence of pillars.

“From the definition of the architecture unit, which created the spaces to house people, tables and chairs, we were able to develop everything else, which includes the drinks and food menu,” explains Facundo.

To give you an idea, the architecture of the place was totally decisive in the definition, including the assembly of the menu. “Due to the small depth of the counter, we soon noticed that we would not be able to work with plated dishes, so the menu was designed with food to be shared. The lighting on the counters inspired mixologists to create drinks with vibrant colors, which were valued in that type of lighting”, explains Facundo.

As the architect Marcos Paulo Caldeira reports, six months were used to adapt the Salão dos Arcos into a bar. Altogether, the lounge has 490 square meters and the kitchen, 90 square meters. “The location of the kitchen already had a previous infrastructure, but the electrical part of the room needed to be completely redone. We took care to set up a hidden aerial infrastructure, using the air conditioning duct for this. We were thorough in the techniques of fixing and screwing, always using grouting of stones and bricks to make the fixation. We also did some water and sewage interventions on the floor, recovering it in the original way”, explains Caldeira.

The architect explains that the place already had a peculiar beauty, therefore, it was not necessary to carry out interventions in this sense. “We decided to adopt light as our greatest asset, so we used the concept of illuminated counters to highlight the beauty of the place, with its exposed bricks and columns. We created drawings of continuous counters, with the intention of uniting people and highlighting the labyrinth aspect of the place”, explains Caldeira.

The result? You can check it out on this selection of photos that are brought to you. 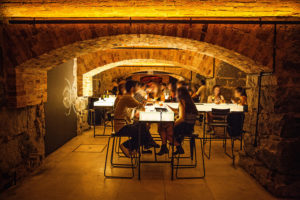 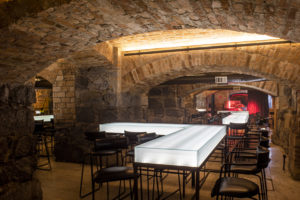 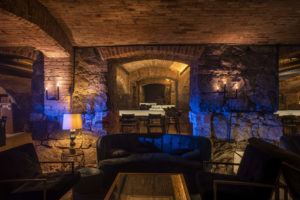 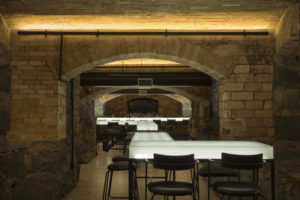 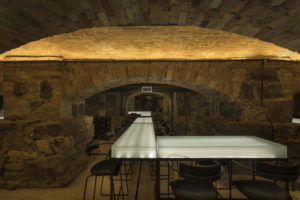 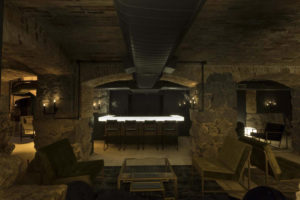 Impacting Environments: what NeuroArchitecture has to say about it by Andréa de Paiva
The importance of a good lighting design project